Krasnoyarsk – is the largest industrial and cultural centre of Eastern Siberia, and the capital of the Krasnoyarsk territory, the second largest region in Russia by area. Krasnoyarsk was founded in 1628 by Andrey Dubensky as a fortress against the Tatar invasion. The city name consists of two words – ‘Krasnyi’ (it means ‘red’, because of clay reddish soil) and ‘Yar’ (it means ‘steep bank’). Krasnoyarsk is situated on the banks of the Enisey River – one of the most beautiful and powerful rivers of Siberia. The river crosses the region from south to north, attracting the towns and villages. It is believed that the Eenisey divides Siberia into East and West. 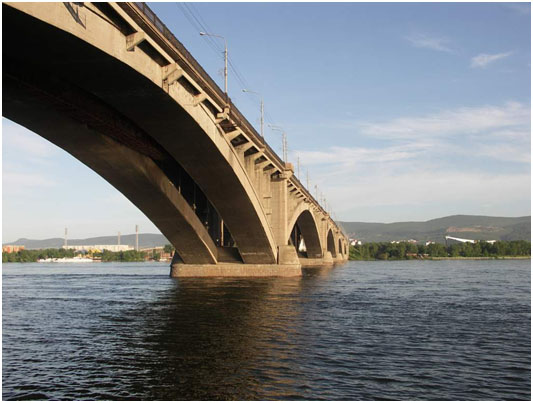 At present, Krasnoyarsk with a population of nearly 1 million it is a modern city with unique architecture, a city of artistic and talented people and one of the most beautiful cities in the country. Unlike many cities of our country there is preserved the structure of the old center of Krasnoyarsk, as well as historic buildings of the late 19th – early 20th century.

The cultural life of the city is very rich. Theatre-goers go to the Pushkin Drama Theatre, to the Opera and Ballet House, to the Musical Comedy Theatre and other places of entertainment. Great writer Victor Astafyev, and opera singer Dmitry Khvorostovskiy were born, educated and worked here. There are a lot of museums and picture galleries in Krasnoyarsk, which are always full of visitors. Krasnoyarsk is the birthplace of the Russian artist Surikov, one of the world's most prominent painters. Citizens of Krasnoyarsk proudly keep his memory alive. The house where Surikov was born is now a museum named after him. The Culture and History Center (former Lenin Museum) constantly presents various local and international exhibitions and events, all open to the public: fine art and photography by modern artists, art-house and independent movie festivals, museum nights with performances by young local artists, wax figure exhibitions, moving exhibitions from other cities, etc. The building of this Center itself is an incredibly interesting place to visit due to its original and atmospheric inside architecture. The Paraskeva Pyatnitsa Chapel, the symbol of the city, is located highest of all on the Karaylnay Hill. Every day at 12 a.m. we can hear the sound of the gun-fire; the gun is situated near the Chapel. In the center of the city there is our local Big Ben – the Clock Tower with 4 clocks – one on each side. The Central Gorkiy Park, the Tatyshev Island and Island of Recreation are the favorite places for rest of our citizens.

Krasnoyarsk bridges are among the main sights of the city. The Railway Bridge over the Yenisei, constructed in 1899 by mechanical engineer E.K. Knorre as part of the project by known Russian engineer L.D. Proskuryakov, was awarded with gold medal at the World Fair in Paris in 1900 as the highest achievement of technical idea. Communal Bridge is one of the symbols of our city. The Riverside Station and the embankment of the River, also, are very beautiful. The city is distinguished by its unique landscapes, mountain views, majestic Siberian forest and well-known Stolby Nature Reserve. This work of nature is a series of exotic rocky eminences situated in the taiga on the spurs of the Eastern Sayan Mountains. The territory of the reserve totals 47 000 hectares. 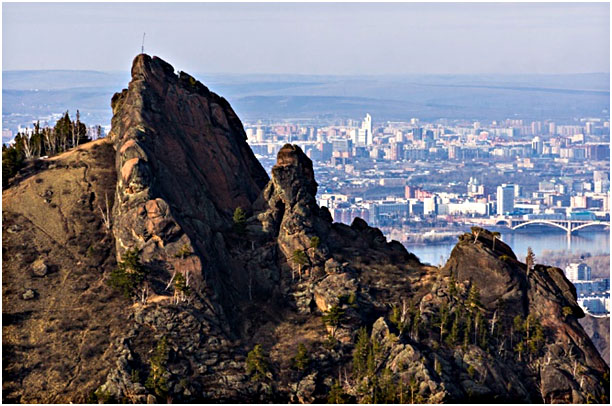 We are pleased to invite you to visit Krasnoyarsk and enjoy the unique atmosphere of this city!